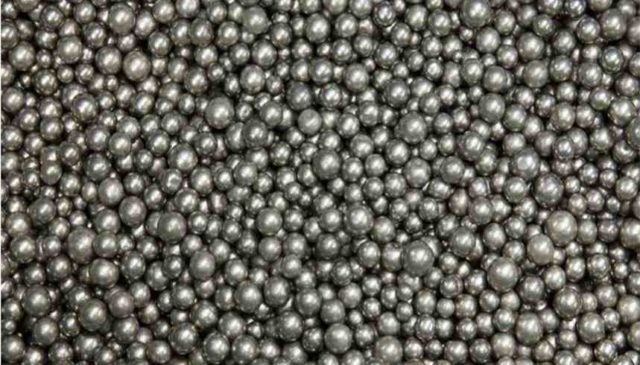 All eyes will be on the Indonesian nickel market in 2020. The knives may be out for the country’s nascent stainless industry but the staggering potential for expansion in NPI may reduce the impact of the nickel ore export ban to a minor inconvenience.

Although the global battery sector share of nickel demand is much smaller than other metals, getting the quantity of nickel that EVs will need by the mid-2020s will remain a challenge.

What are the biggest trends to watch in the global nickel market in 2020? Andrew Mitchell, Wood Mackenzie Head of Nickel, sees five key themes:

“We previously noted that premiums for NiSO4 might come under pressure due to stronger supply. While that did materialise, the unexpected and immediate mid-year downgrading in Beijing’s EV subsidy programme had a greater impact.

"EV sales were reduced by half, China’s EV sales target of 1.5 million units was derailed and this cut demand for batteries and, therefore, precursor materials, including NiSO4. The impact will extend well into 2020.

“We anticipate further discounts on NiSO4 in 2020. It is even possible that some sulphate refiners will switch a portion of chemicals output back to metal production.

"The recent rush to make chemicals available will become more evident this year, as some western sources also fulfil their promises to satisfy specialist product demand from the EV sector.

“However, we believe the 27% surge in EV-related demand for nickel chemicals was exaggerated last year and that growth will be restricted to only 3-4% in 2020.”

“China remains the preferential location for new factories but European and US players are now cementing development plans for the near future.

"While this investment is for the future, it enhances the perception that demand for batteries is strong, which is counter to the current reality caused by China’s adjustment in subsidies,” adds Mitchell.

Closure of the HPAL plant at VNC, New Caledonia, will contrast with the re-start at Ravensthorpe, Australia.

“For now, we maintain our outlook for 22 kt nickel production at Vale’s VNC HPAL (high pressure acid leach) operation in New Caledonia in 2020.

"However, output may decrease from February-March once the company completes its review of the facility which has been losing, on average, US$9 million a month.

“At the same time, First Quantum Minerals aims to switch Ravensthorpe back on, having placed it on care and maintenance in 2017. We forecast production of 9 kt nickel in mixed hydroxide precipitate (MHP) in 2020, increasing to 20 kt in 2021.

“Thus, between them, these two operations could increase the availability to battery chemicals streams of nickel in MHP by 20-25 kt in 2020.

“Greater challenges may await the three new HPAL plants in Indonesia that are scheduled to enter production in 2021,” says Mitchell.

The restart of the Indonesian nickel ore export ban will mean that, once ore stocks are depleted, Chinese NPI production will decrease sharply.

“However, this decline could be more than counter-balanced by expansion in Indonesian NPI,” said Mitchell.

“Even though the Indonesian nickel ore export ban began on 1st January, we expect about 6 Mt of Indonesian ore to arrive in China in the first part of this year.

“Concurrently, imports from the Philippines will be sustained at around 30 Mt. Combined with ore stocks already available in the  country, we believe achievable nickel-in-NPI production in China is 526 kt, with monthly production levels expected to be sustained at 50 kt through the first half of 2020 before declining to 30 kt as ore supply becomes tighter.

“The potential future production of NPI in Indonesia is staggering. We currently anticipate output of 500-520 kt nickel in NPI in 2020 compared with 360 kt in 2019 as 18 RKEF lines became operational across three industrial parks.

“However, with Tsingshan’s intent to add a further 10 lines by 2021, and VDNi’s longer-term plan to build 35 more lines, then possible capability by the end of 2020 could be 660-800 ktpa, depending on the NPI grade. Thus, whatever happens to NPI productivity in China may ultimately prove inconsequential.”

Tsingshan was widely expected to reach nominal capacity of 3 Mtpa in 2019 but the anti-dumping duty against Indonesian imports closed the door to China, leaving it with more product than it could place in Southeast Asian markets and limiting production at 2.2 Mtpa.

Wood Mackenzie does not expect the ramp up to 3 Mtpa to be viable in 2020.

“Delong Obsidian was completed late in 2019 and we assume that it will enter production in the first half of this year, melting around 300 kt over the year.

"While commissioning will give rise to an initial production of at least a few thousand tonnes, whether it remains operational for longer is open to debate - putting that 300 kt of new production at risk.

“On the presumption that Obsidian produces stainless flat products (FPs) – slab and hot rolled coil (HRC) – Delong will struggle to arrange offtake for any of its output. China is effectively closed because of the penalties against imports from Indonesia, while Tsingshan has already secured most other Southeast Asian destinations. Obsidian may struggle to make headway in a market where Tsingshan is now struggling to make further advances.

“Alternatively, Obsidian may cast billet rather than slab and produce stainless long products (LPs). One benefit of this option is that Obsidian would not compete directly with Tsingshan and Delong has already added LP rolling capacity in China.

"Unfortunately, LPs are also not exempt from China’s duties on Indonesian imports. However, there is a suggestion that if LP semis sent to China for rolling are then re-exported – and are not for sale in the Chinese market - they would not be subject to duties.

“Focusing on LPs may be the most viable option for Obsidian if it is to sustain commercial activities beyond a short commissioning period. On the downside, the size of the LPs market is smaller and potentially unable to support its reported 1 Mtpa capacity,” adds Mitchell.

Europe will confirm anti-dumping duties on hot rolled stainless imported from China, Taiwan and Indonesia in 2020, thereby removing much of the threat posed by ex-region imports.

“Imports, chiefly from Southeast Asia and China, have taken a steadily increasing share of the European stainless steel market in recent years.

"Definitive safeguards put in place in 2019 eased that situation but imports still accounted for around 30% of the regional market in 2019. This, in combination with weakening demand, led to European stainless melt output decreasing by 8% in 2019.

“We forecast Europe’s stainless melt production rate to recover in 2020, with growth of 7.5%, or 500 kt, to 7.4 Mt. The ratification of anti-dumping duties on imported stainless HRC from China, Taiwan and Indonesia would aid this rebound.

"The investigation by the European Commission is due to finish in Q2 2020. If confirmed – which we expect will be the case – duties could be backdated to January 2020. Based on annualised trade data for January to October 2019, the new duties could reduce imports by 400 kt.

“With the European door closing, China’s stainless exports could fall by a further 250 kt, having already declined by an average 700 ktpa since mid-2018. This will place more pressure on the country’s current oversupply in stainless, which is precipitating cuts this quarter.

“Similarly, Taiwan will have to find new offtakes for 60-70 kt or reduce domestic production by a similar amount. This comes at a time when mills in the region have already cut back their melting rates because they have imported substantial quantities of Indonesian slab instead.

“In contrast, Indonesia was ramping up stainless shipments to Europe, possibly enabling Tsingshan Morowali to reach full capacity. The new duties would prevent this happening, leaving a big question mark over whether Tsingshan will be able to increase output at all,” concludes Mitchell.

Climate-proofing mining operations in a era of climate change

The apocalypse is coming so line your pockets! 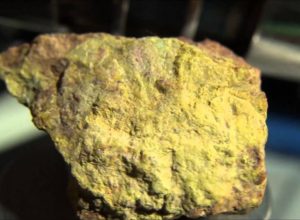